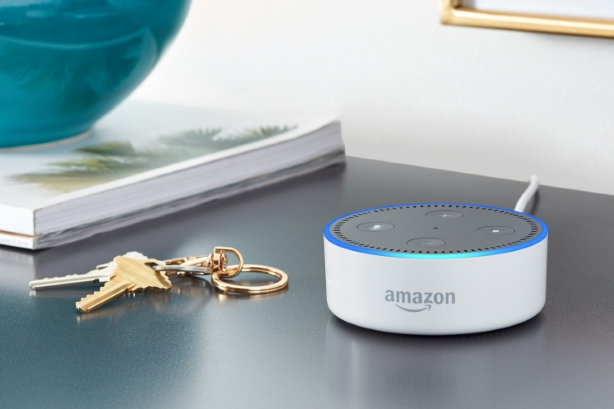 Alexa, what’s the next big platform for medical education?

Chances are the device in your living room won’t have an answer, but med ed company Rockpointe believes Amazon Alexa is the future. The firm introduced a continuing medical education (CME) program for doctors on Amazon Alexa this week that it says is the first for the voice technology.

“You see more people have access to Alexa and it looked to us like a real opportunity to try to put education where people are, compared to something like a webinar where they have to go on their computer,” he explained.

The three-part series covers patient-informed consent for clinical research physicians. Each part is about 15 to 20 minutes in length and includes interactive questions at the beginning and end. Rockpointe partnered with the AudioEducate platform, which specializes in educational programs through Alexa.

Sullivan recognized that doctors already spend a significant amount of time on their computers and said the program on Alexa could be an alternative. Recent studies have found doctors spend about half of their working time on computers. While many CME programs are online, typically webinars and online courses, Alexa may be a welcome alternative to more hours in front of the computer.

“This platform allows them to be able to access [the CME program] at home or have Alexa in the office while they’re working,” Sullivan said. “They can listen to this even while they’re working on medical records. It’s not that we don’t want them to concentrate, but there are times when they don’t want to be on the computer after spending hours to research patient care or on medical records.”

Although the industry is working out the kinks on HIPAA compliance and data privacy, education programs on Alexa could simply be the beginning of doctors integrating voice assistants into their work.

In May, Amazon said it was building a health and wellness team within Alexa to make the service more useful to doctors. Many hospitals are also integrating Alexa and other voice assistants into patient care as tools to determine emergency room wait times or to help the elderly live independently.

Sullivan isn’t just expecting young physicians to use the program because the older generations are also adopting voice assistants. A Pew survey in 2017 found 55% of people ages 18 to 49 and 37% of those 50 and older use a voice assistant.

“It’s natural this would be a great tool for education,” Sullivan said. “It’s a good step for physicians and to start to think how do we use [this new technology] in our field. We have to look at all these new technologies as yet another tool.”